The iconic bodega sandwich is at the center of controversy once again.
Justin Bolois
Image via First We Feast Original

Months ago, INSIDER awakened a streak of controversy when it casually dubbed the hyper-regional chopped cheese “a steal” for tourists looking to sample Harlem culture. Now, per a recent Grub Street report, the next phase for the chopped cheese is already in motion. A promise of “mainstream success” will be fully realized at chef April Bloomfield’s ironically named White Gold, where the sandwich will crossover from the bodega flattops to her Upper West Side butcher shop at a price tag of $15—or roughly five times the amount of a standard one you’d find at the corner deli.

News of the sandwich's migration and price hike ignited a firestorm on social media, as commenters took to Twitter to voice their disgust over cultural appropriation and #bodegaerasure.

Once again, the chopped cheese finds itself at the center of a discussion about cultural ownership—one with reverberations that ring far beyond the inner food-world circles. Part of the reason news of White Gold’s chopped cheese strikes a nerve is sense of place—or, in this case, what constitutes real New York. While spiritually tied to a single bodega in Spanish Harlem—namely, Hajji’s—the chopped cheese can be found across the Bronx, Queens, and Brooklyn. There, the sandwich serves several purposes: affordable food for lower-income communities; a proud symbol of regional identity; and, because of its complex history, ideal fodder for local legend. It’s not a burger, and it’s not a cheesesteak—it’s New York’s very own.

Grub Street’s description of the chopped cheese—“[an item popular among] rappers and hip-hoppers...Harlem...the Bronx...plus a smattering of delis in Queens in Brooklyn, that’s about it [my italics]”—is a reduction of not only a sandwich, but also the DNA of the city. “It’s a way to connect to an area. If you know the hood, you know it feels like home,” said emcee and Washington Heights native Audubon to me over the phone earlier this year while I was reporting a story on the dish’s origins. 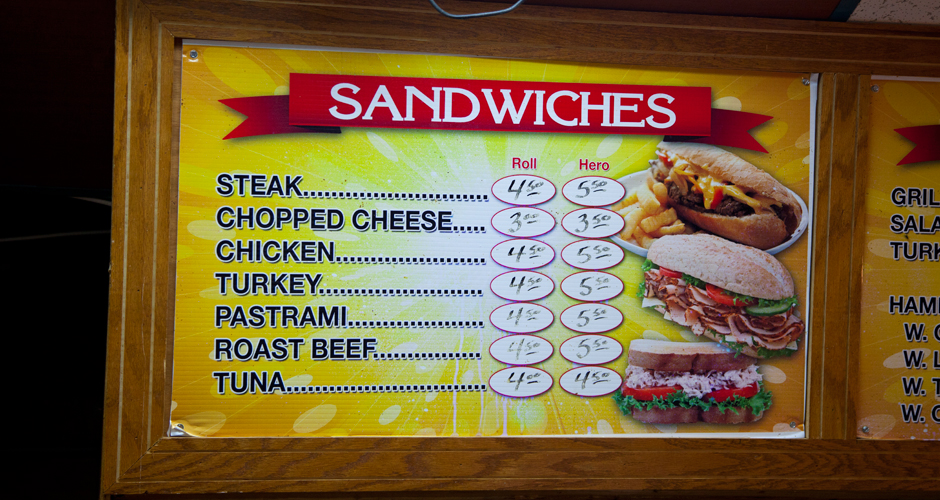 Trying to neatly repackage regional pride outside its original context often leads to awkward encounters. We saw this phenomenon on clear display when INSIDER published a piece that struggled to articulate the nuances of the sandwich and the neighborhood it portrayed. Casting it as a cheap eat that “doesn’t look like much, but is still tasty” and calling a hero a “burger-bun” were red flags that Harlem wasn’t so much being celebrated as exocitized—the chopped cheese was little more than a souvenir to taste and leave behind. Harlem vlogger and comedian Jeffrey Almonte called this type of cultural pillaging “Columbus Syndrome,” or the act of claiming something that already existed as one’s own. Judging by his video views, another five million people would nod their heads in agreement. INSIDER was a case study of a story with no context, a song without a melody.

Questions of cultural appropriation are common in the food world, especially as tacos, dumplings, empanadas, and other checkbook-friendly street foods have been subject to modifications in fine-dining kitchens, or turned into fast-casual concepts that effectively erase the dish's past. The chopped cheese, however, sheds new light on an old problem by bringing the debate so close to home. The chopped cheese is inextricably tied to New York’s bodegas—a shared meeting ground that cuts across class and race—which helps to explain the pointed outrage. Exploiting the lifeblood of New York is walking on a tightrope. 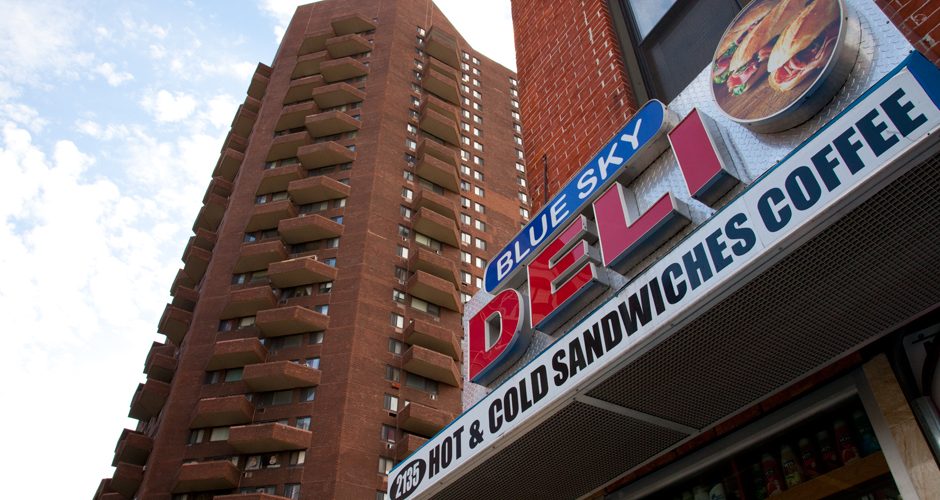 One commenter on the Grub Street story stated: “You can’t make a hood ‘gourmet’ sandwich.” Which begs the question—when it comes to chefs referencing foods, are certain items off limits? What do chefs, who are constantly mining traditions, owe to their predecessors? Does White Gold have a responsibility to namecheck the source? Grub Street writes, “White Gold will offer a sandwich with true local terroir: the cheesesteak-like chopped cheese said to have originated in the most no-frilled of New York bodegas.” That sort of pandering has real consequences: If chopped cheese goes the way of the Chipotle burrito, what will it mean for a business to sell a Harlem chopped cheese back to the very neighborhood that celebrated it for different reasons?

The line between ode and commodification can be a thin one. Grub Street reports, “White Gold’s chopped cheese will not be, nor is it intended to be, a reinvention of the original, but rather an homage. 'We’re big fans of bodega sandwiches,' says Guest. 'So we’re trying to make, like, guilt-free bodega food.'” That last phrase is admittedly vague, but no less questionable—“guilt-free” because they are privileged to serve quality beef that others don’t have access to? Or “guilt-free” in the sense of not having to interact with the community that celebrates the chopped cheese in the first place?

As is often the case, honoring the legacy of the sandwich is its own hornet's nest altogether. Just as halal food embedded itself in the New York fabric through bodega owners, the chopped cheese’s origin might also be indebted to the countless Yemeni clerks who grew up eating dagha yamneeya. Described as a process as opposed to a singular item, dagha is a method of chopping of meat (like lamb hearts) and stuffing it in Yemeni bread. Bodega Bamz, a Spanish Harlem native intimately familiar with the chopped cheese’s backstory, told me that Hajji’s—the de facto hub of chopped cheese—stood out due to the fact that it was one of the first delis in the neighborhood operated by Middle Eastern clerks rather than Dominicans. To add to the cross-pollination: The person making chopped cheese at Hajji’s for the past 15 years? Big Frankie Frank, a man of Hispanic descent.

Trying to unspool the strands of New York’s iconic sandwich, I learned, mostly leaves you with more questions than answers. But context matters, not least in food. Grub Street argues that "there’s room enough in this sandwich-eating metropolis" for both kinds: the cheffed-up version that boasts the name of the farm from where the beef was sourced, and the Hajji's version coming off a griddle three miles away. For many, that gap is already too close for comfort. 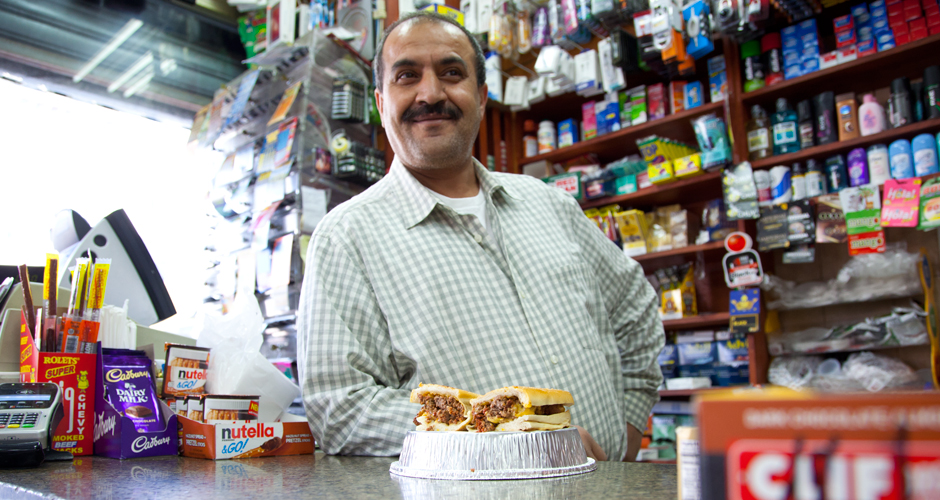