What drives someone to compulsively photograph millions of mundane food prodcuts and collect thousands of Pringles cans?
Jackson Connor
Image via Flickr/Mike Mozart

Though Mike Mozart and I have never met in person, his face is one of the first things I see when I wake up each morning—a bushy, auburn beard; a wry, child-like smile; and two small, blue eyes set behind a pair of horn-rimmed glasses. Over the course of the last 35 years, Mozart has taken some two million photos and posted the vast majority of them to the Creative Commons on Flickr, a free image and video-hosting website owned by Yahoo. Generally, Mozart’s pictures are of common, everyday attractions—Walmarts, Burger Kings, Taco Bells, Petcos, Hooters, Popeyes—and are punctuated only by the occasional cross-eyed selfie, signaling to his followers that the never-ending array of photographs are, in fact, authentic.

As an editor of an online food publication, and one that often covers the latest stomach-churning creations from America’s chain restaurants, I use Mozart’s photos a lot—and I’m not alone. The man’s handiwork can be seen in almost every major digital food and consumer outlet dating back a decade. Should Mozart ever decide to yank his images from the depths of Flickr, dozens of news outlets would have to seriously reconsider the sustainability of their business models.

Under the Creative Commons, Mozart receives no financial compensation for the images he owns. In fact, he estimates that less than 30 percent of the news organizations that use his photos ever give him proper credit for his work. So one day, after posting yet another photo of a key lime pie Oreos package, or a glistening, sunbathed Chipotle, I began to wonder: What compels a man to photograph an image thousands of times, from hundreds of different angles, entirely for free?

“What compels a man to photograph an image thousands of times, from hundreds of different angles, entirely for free?”

Mozart began his career as an illustrator and toy designer in the 1980s, creating products around Easter, Halloween, and Christmas for companies like Disney and McDonald’s. He started photographing department stores to see how his products looked next to those of his competitors (to this day, Mozart says his collection of wholesale and retail catalogs totals nearly half a million), always taking a picture of the building’s façade as a way of organizing his roll of film.

While the genesis of Mozart’s obsession may have had a practical purpose, after the release of Toy Story—one of the first feature films to rely on computer-animated images—his career changed drastically. Still, he continued to take snapshot after snapshot of fast-food joints, department stores, and mass-produced snacks. Even Mozart isn’t exactly sure why he does what he does. It’s a compulsion, a calling—similar to that atavistic force that drives one to write poetry or sing opera. Mike Mozart takes photographs of restaurants and cookie packages, and he posts them to Flickr. That’s just what he was born to do.

Over the past three decades, Mozart claims he has collected 1,700 cans of Pringles, 400 boxes of Kraft macaroni and cheese, and 80 varieties of vintage, unopened Oreos packages. And though he's obsessed with logos and labels, over the years Mozart's face—along with his trademark "Mike Mozart" baseball cap—has become a brand in and of itself, as easily recognizable to fans as Count Chocula or ​Cap'n Crunch.

First We Feast​ caught up with the enigmatic man behind the beard to see what really makes Mike Mozart, the Flickr Food Gawd, tick.

So, uh, why exactly do you do this, Mike?

Mozart says: Ever since I was a child, I’ve always loved products and product logos. I used to save labels off of cans, because I thought they were beautiful. I would paste them into notebooks because I thought a Wonder Bread package was art. There’s something that happens in people when they see a well-designed logo that appeals to them. I think I have sort of a heightened response to it. And it wasn’t until lately that someone said to me, “You remind me a lot of Andy Warhol.” He collected Campbell’s soup labels for years—before he ever painted one—because there was just something about it.

I’ve been a professional artist and illustrator for years, and I never made the connection that Andy Warhol saw things the same way that I did. He really thought that product packaging, and labels, and logos were all like artwork. I love going to the grocery store and just looking at the area of the store that sells Goya products. To me, Goya products have some of the best labels. There’s something about the labels that I find magical, and how they’ve designed them and presented them. It’s almost like how people are attracted to certain designs, like the Louis Vuitton pattern on Louis Vuitton luggage—the L and the V. 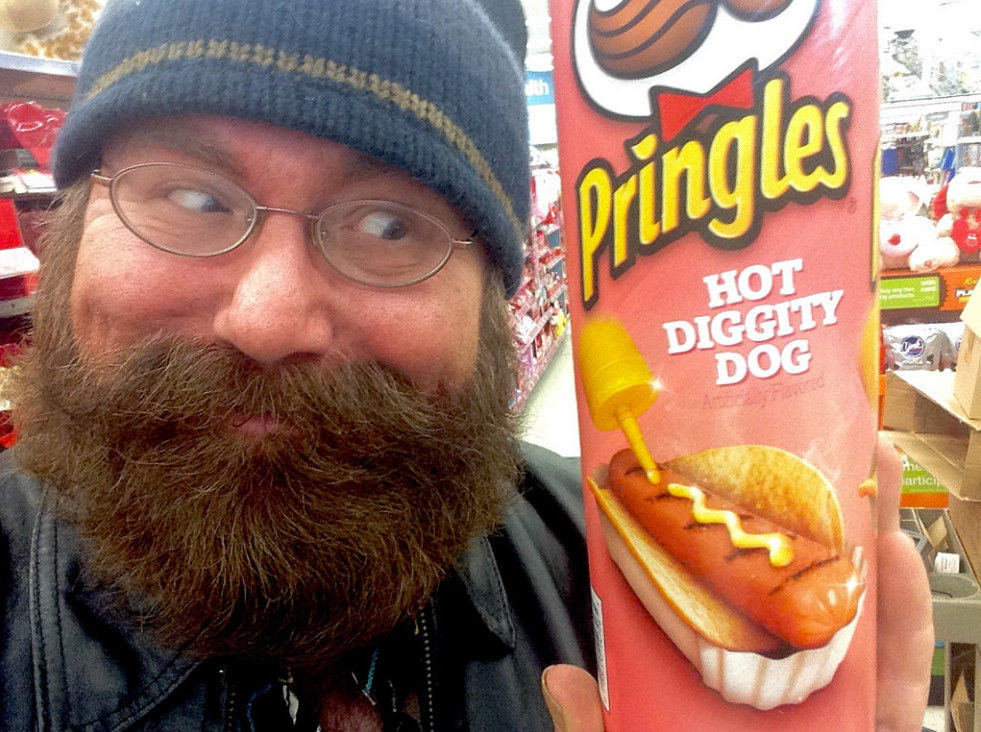 But it’s not just the same product over and over again. You’ve taken thousands of photos of different Oreo flavors, for example.

I’ve collected at least two packages of every single variety of Oreo cookies since about 1979—unopened packages. On my Instagram, you’ll see such things as the Neapolitan Oreo cookies, the banana split Oreo cookies, the creamsicle Oreo Cookies. I must have 80 different [varieties of] Oreo cookies. To me, Oreo is another thing that fits that pattern, where they’ve taken a very simplistic brand, with a very strong logo, and they keep re-inventing it. To me, every new invention is magical. The newest ones—I just got them in my office right now—are the Swedish Fish Oreo cookies, with red cream filling. You can see them on Ebay; people are scalping them for like $20 a pack.

Do you ever actually, you know, eat the cookies?

No, no, no. I actually haven’t tried most of them. Even when I open the packages to take photos I don’t even bother to taste them. I used to have interns here for my video business, and they would be delighted to eat them—and I might have tried them—but I’m not interested in the flavor. To me, it’s the cleverness. There’s something about it. I wish I could find the right words for it. There’s something inside my soul that thinks it’s magical to see Oreo come up with 50 varieties. 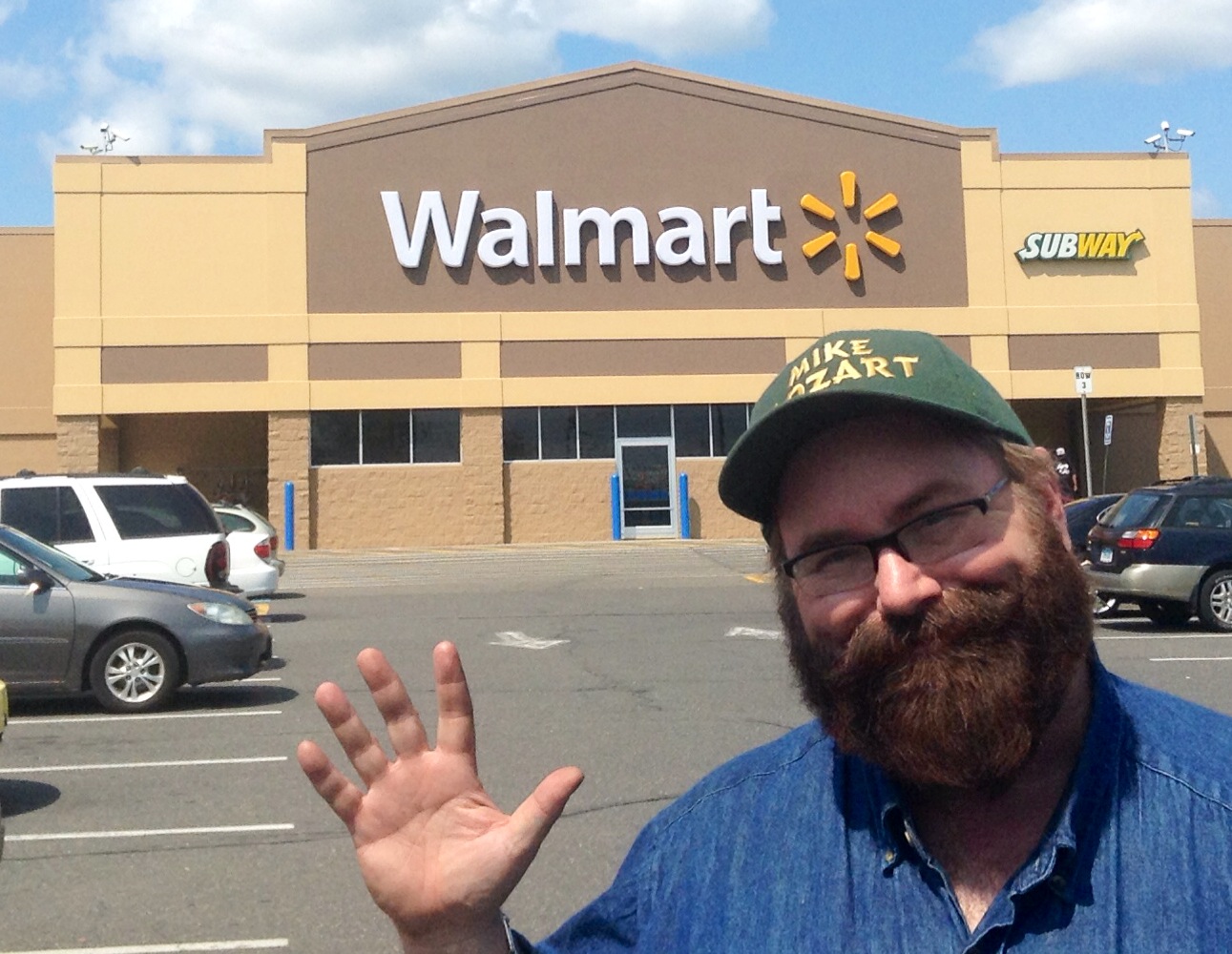 You’re just compelled to do this.

My big compulsion is to collect. Andy Warhol had a compulsion to collect certain things like cookie jars, and he did know why, he didn’t know why. I have probably about 1,700 different cans of Pringles potato chips in my office right now.

But it’s not all about supermarket products. You also take thousands of photographs of fast-food restaurants and stores. What’s your philosophy behind taking the perfect photo?

If you look at my pictures of store fronts—like Walmart, Target, CVS, and Rite Aid—it’s always a perfect day, with a blue sky, and white puffy clouds. I will not take any pictures on a cloudy day unless it’s an emergency, unless I see something that’s so appealing to me that I’ve just got to take the picture. I won't take a picture if it’s overcast or if there’s clouds in the sky. I want white puffy clouds. I don’t know. I just love looking at a picture of Walmart with perfect clouds. It’s almost embarrassing to admit. There is tremendous joy. 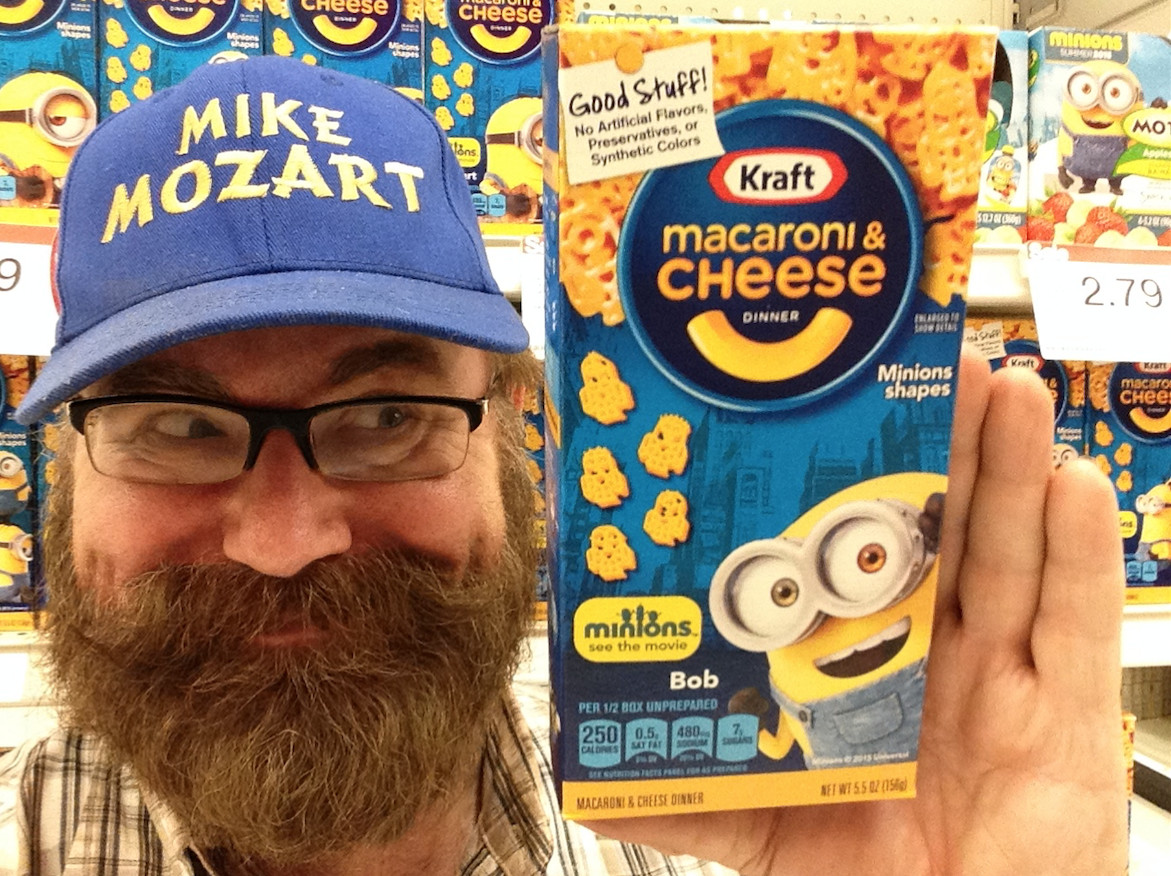 What’s your favorite food, both to photograph and to eat?

Is this compulsion to photograph—to collect foodstuff—even something you can explain in the end?

It’s very uniform. I take pictures of things that have just stirred something in me. And I keep going back to the same products time and time and time again. I have emotional responses to these products, and I can’t explain them.