Hip-hop's love affairs with alcohol and breakfast foods are no secret, but, more recently, rappers and producers have begun combining the two staples. Last month DJ Khaled—having recently inked endorsement deals with both Dussé​ and Luc Belaire​—could be seen pouring champagne over some morning fruit salad. "They don't want you to have a luxury life," he said at the time. "The key is to have a luxury breakfast."​

Recently released from prison after serving six years in jail for a fatal stabbing, New York City's Tru Life has been the latest MC to join the liquor-drenched breakfast trend, posting photos of himself triumphantly pouring rosé over a bowl of Fruity Pebbles. Now, it appears the Lower East Side rapper could be coming out with his own brand of cereal. On Instagram this week, Tru unveiled a gold-colored box of "Rosénios"—a gluten-free, "mogul-sized" breakfast cereal that seems to combine the rapper's two loves. Propped on top of a sound board, the box features a bottle of bubbly rosé in the background, and promises to contain the "taste of success."

There's no word yet on whether Tru will actually be selling "Rosénios" to the masses. Before his arrest, the rapper had a reputation for starting beefs and creating Internet gags. In 2007, locked in a beef with Dipset, the rapper photoshopped Jim Jones' face on Borat's body, complete with a yellow bikini. Still, fans have been waiting bated breath​ for their favorite rappers to drop cereal brands. Though the blog hasn't posted since 2015, for years Rappers & Cereal existed as a hub for what these MC-endorsed cereals might look like. Rappers & Cereal
You need it. You want it all over your mouth. I know you want this wild wild crunch. 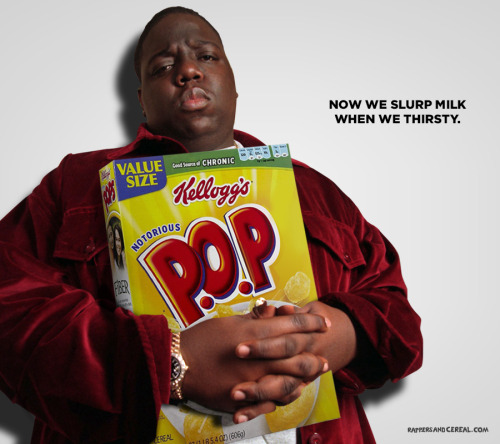 Rappers & Cereal
Cause I see some ladies tonight that should be having my cereal.